Sometimes, it’s not even physically evident that you are in an abusive relationship. More often than usual the abuse is emotional, whilst it can also be physical, sexual, or when your partner tries to control your behavior. The one abused, is made to believe that they somehow deserve the inhumane behavior. It is important to understand that you’re never to blame for any of the cruel ways an abusive person decides to treat you.

Content Warning: This article discusses abuse that may be triggering for some people. If you are currently in an abusive relationship and feel distressed, then please reach out to trusted family or friends or take the help of a professional. 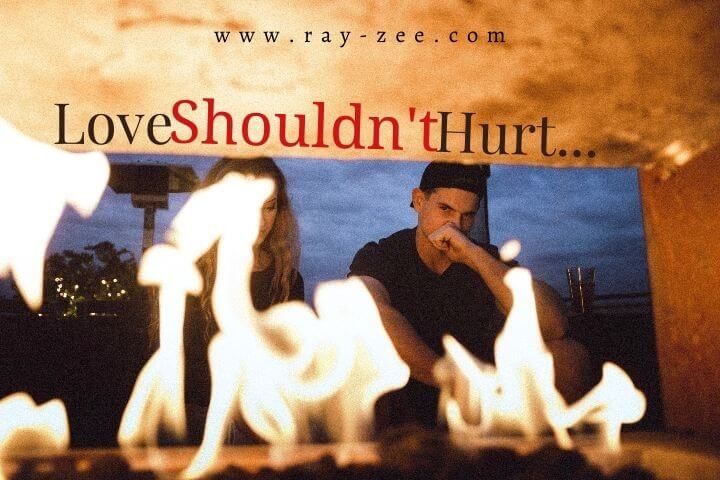 Sometimes, it’s not even physically evident that you are in an abusive relationship. More often than usual the abuse is emotional, whilst it can also be physical, sexual, or when your partner tries to control your behavior. The abuser ensures that the person abused truly believes that they deserve the inhumane behavior.

It is important to understand that you’re never to blame for any of the cruel ways an abusive person decides to treat you.

What is Abuse in a Relationship?

Essentially abuse is when someone causes distress or harm in any way to another person. Abuse can range from being disrespectful to causing physical and mental pain. It may occur in personal, professional, or public spaces and the people who commit abuse are often taking advantage of the relationship and/or the person.

Relationship Abuse can be described as a pattern of abusive and strongarm behaviors used to gain control or maintain power over an individual in the relationship. Abuse in a relationship can include threats, humiliation, intimidation, force, and isolation which may be emotional, physical, sexual, or financial. Abuse tends to escalate become severe over time because the person who commits abuse against their partner is always following the larger pattern of control.

Signs of Abuse in A Relationship

The key to knowing if you are in an abusive relationship is asking yourself if you are being violated in any way. There is no better judge of character than yourself. You will always know at heart if whatever you are subjected to by your partner isn’t right.

Here are some key signs to look for in a relationship that might be abusive:

Such behaviors come from an abusive partner’s insecurities. When they feel insecure about themselves, they will try to shame your inadequacies and control your behavior to set the hierarchy in the relationship and a path to power.

Tools of possessive and controlling abuse include:

Behaviors and words involving humiliation and negation are meant to undermine and hurt your self-esteem. The aim is to make you feel less about yourself. The abuse is harsh and the abuser aims to belittle you and your personality in every big and small way.

The abuser tends to place themselves and their feelings ahead of you and your feelings always. They will do all they can to beneath you and keep you dependent on them. The scheme is to push you back into a corner so that you feel intimidated and alone.

A few of the tactic abusers use to threat and isolate includes:

The intent to harm someone physically and/or sexually comes from the place of mental illness. People who are violent with their partners are troubled individuals. They are often people who you cannot and should not trust. Some have severe self-control and anger issues that are then projected onto their partners in the worst way possible.

You may be in a physical and sexual abuse relationship if it includes:

What To Do To Get Out Of An Abusive Relationship

If you think you are being physically or mentally abused, then trust your inner voice. First and foremost, accept that this isn’t your fault and you don’t deserve to live like this. Secondly, talk to someone you trust that you are being abused in your relationship. And look for services you can connect with for shelter and safety. If you fear aggressive physical behavior from your partner then immediately call your local emergency services.

Otherwise, you can do the following:

Exiting a toxic and abusive relationship is tough. It can become even tougher especially when you are married or have children involved. But remember that trying to reason with your abuser will not do any good because they will probably end up in the same abusive pattern.

It is better to save your life and think about your future as well.