Attention Deficit Hyperactivity Disorder (ADHD) is a neurological disorder that may cause above-average hyperactivity and trouble controlling impulsive behavior. ADHD affects areas of the brain that helps to focus and pay attention.

Attention Deficit Hyperactivity Disorder (ADHD) is a neurological disorder that may cause above-average hyperactivity and trouble controlling impulsive behavior. ADHD affects areas of the brain that helps to focus and pay attention.

However, ADHD is not a learning disability. The symptoms just make it harder to focus and learn.

Children and adults, both can develop ADHD. The people who deal with this disorder find it challenging to focus on one thing at a time or sit for a long period. 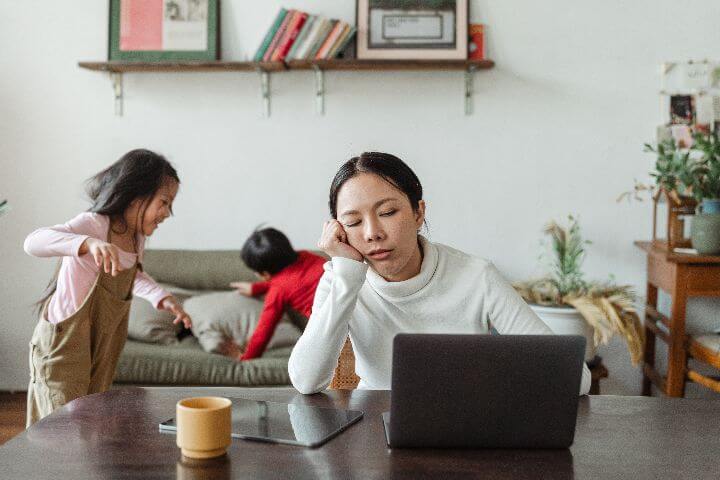 Scientists are still very invested in finding out the exact causes of ADHD. Despite how common ADHD is, researchers and doctors are still not 100 sure what might be causing the condition. Because it is a neurological disorder, genetics may have a role in causing the disorder.

Trusted research suggests that a decrease in levels of dopamine is a factor that causes ADHD.

Dopamine is a chemical in the brain that helps in transferring the signals from one nerve to another. It is an important factor that affects our emotional responses and movements.

Environmental factors like getting exposed to lead, and problems during childhood also add to the development of ADHD.

Several other pieces of research have also shown that people who deal with ADHD might also have structural differences in the brain. It means that the affected have lesser brain activity when it comes to speech, self-control, muscle control, and decision making.

ADHD signs may disappear as the person with the disorder age. But adults can continue to have the symptoms. These symptoms may even get strong enough to interfere with daily life functioning.

For adults, the symptoms and signs of ADHD may include

Surprisingly, many adults with active ADHD are not always aware they have it. All they know is that their daily tasks can be challenging to accomplish. Adults dealing with ADHD may find it tough to prioritize and focus, difficult to keep up with deadlines, and may lead a disorganized life.

Waiting in lines or traffic can lead to mood swings and anger bursts. The lack of control over impulsive behavior can make them extremely moody and anxious.

For children, common symptoms of ADHD may include:

There are three main types of ADHD.

People dealing with this sub-type of ADHD find it difficult to follow instructions, focus, and organize or finish tasks.

They are easily distracted even by the smallest things. They also tend to forget details and daydream.

Experts believe that children who develop the inattentive subtype may be left undiagnosed because they do not participate in the class much. Adults with this subtype are more forgetful. They can forget where their phone is and what they were talking about in the first place.

These are the common symptoms of predominantly inattentive type:

This subtype of ADHD may make it difficult to focus on daily tasks as compared to the inattentive type. The people who deal with hyperactive-impulsive talk a lot and fidget. They feel restless at all times. It is tough for them to sit for a long period of time, listen to someone else talk, and follow simple guidelines.

An impulsive person may grab things from others, talk in between, speak at inappropriate times, and fidgets.

Common symptoms of the hyperactive-impulsive disorder include:

As the name suggests, combines presentation or combines hyperactive-impulsive and inattentive type is the most common type of ADHD. It shows the symptoms of both subtypes.

The individual dealing with combined presentation has a tendency towards impulsiveness, inability to focus, and above-average energy-activity levels.

ADD is the same as ADHD?

Some people often confuse the two acronyms together. Attention Deficit Disorder (ADD), is an outdated term that was used to describe people dealing with attention problems. It did not include hyperactivity or impulsiveness,

Now, the predominantly inattentive subtype is used in the place of ADD.

ADHD is very common in children. The disorder is associated with childhood trauma, toxic parenting, or school problems.

1 out of 10 children dealing with ADHD receives a diagnosis. And out of which most are boys. This may be because boys can show symptoms of hyperactivity as compared to girls.

Girls with ADHD tend to daydream and be hyper-talkative rather than hyperactive.

It is difficult to detect the disorder in one go. Because several of the symptoms are just normal childhood behavior. It can be hard to know exactly what might be related to ADHD.

Diagnosing ADHD in children comprises of several steps. There is no single test that can detect the disorder with certainty. Because there are also disorders like anxiety, depression, learning disabilities, etc, which can have similar symptoms.

ADHD diagnosis includes a checklist that basically rates the symptoms based on their severity. There might also be a medical exam that includes vision and hearing tests to catch the ADHD symptoms.

If the disorder is diagnosed in children then the first line of action is behavior therapy and training parents for it specifically. There are no set rules for how long and what exactly to do. Behavior therapy is designed for the individual and the symptoms they may be experiencing.

You may also be required to gather some information from teachers or other family members to keep a close check on the symptoms.

If you think that your child may be developing or has developed ADHD, talk to your doctor about getting the evaluation done. Then your doctor can come up with the best solutions for your child.

Managing ADHD and its Symptoms

There are several remedies that you can do at home to reduce the impact of symptoms on your daily life.

Like I always say, a healthy diet and an active lifestyle are key to good mental and physical health. In addition to these, it is recommended to:

Although ADHD is very common and people enjoy their life without even knowing that they might have it. Neurological disorders like ADHD can have serious impacts on your day-to-day life. It can affect your overall productivity, relationships, school, and work.

If you think that you or your child might be experiencing the symptoms of ADHD, then without hesitation your first step should be to get professional help. Talk to your doctor and let them know what you might be going through.

Your doctor can help you in monitoring and managing the symptoms. Also, come up with a treatment plan for you to live a happy life with ADHD.