Parenting is not a popularity contest. There will be times when you have to take certain actions to take control of the situation, set limits, and enforce them for a healthier household environment. One of the things that children today, love to violate is respect. Teach respect.

Parenting is not a popularity contest. There will be times when you have to take certain actions to take control of the situation, set limits, and enforce them for a healthier household environment. One of the things that children today, love to violate is respect. They feel disrespecting their parents, peers, teachers, or even common other people is cool. Therefore, it’s more than important to teach respect to disrespectful children. 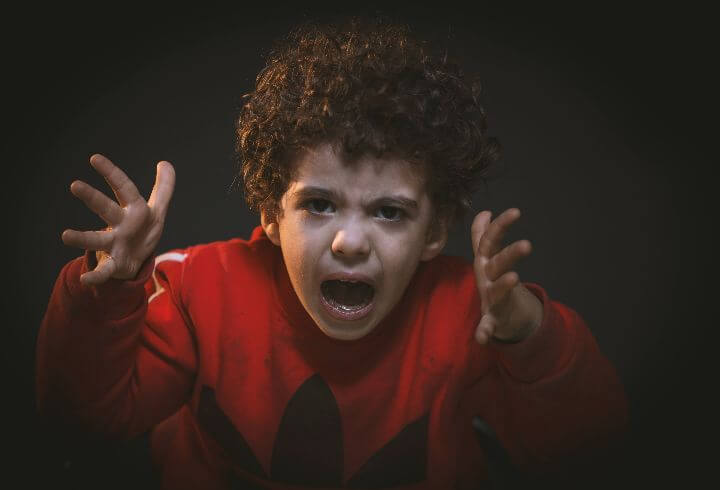 Sadly, eye-rolling, curses, backtalk, name-calling, snide comments, and insults have become fairly common in our societies. Even so, that this has become one of the most common topics of conversations between kids and their parents. Because parents feel violated and children feel powerless in the face of expectations and rules.

Respect is an act of showing care, empathy, attention, and admiration to another person.

The meaning of respect goes beyond words. To truly respect other people, you have to teach your child to accept and endure what the world has to offer. Be it via people, places, or situations.

For example, you go into the restaurant and you see a person throwing a serious tantrum over a wrong order. While yes, there shouldn’t be a wrong order in the first place. But the world isn’t idealistic. People make mistakes.

I don’t know about you, but I will think of that person as extremely disrespectful and snobby who can’t even handle a wrong order in a human manner let alone the extreme situations in life.

Why Do Children Misbehave or Disrespect?

Young children adopt whatever they see around them and then repeat it.

It’s very common for children to copy the exact behavior they see being portrayed at home, school, or even around them. Because the child doesn’t know what is “right” or “wrong”. Their duty as a human on earth is to adapt and project.

I am sure you might have noticed your child repeating the same words, actions, or even body language that you might have. This is because your child is learning to express their feelings through certain emotions. Hence, they observed you and repeated as you did.

Plus, have you noticed that our movies, television, internet, and even music actually glorify rebellious, cruel, or disrespectful behavior? The environment and culture the child is being brought up in also play a ginormous role in teaching the child to respect or disrespect.

Another thing that adds to misbehavior is the fact that parents today are far more flexible and less authoritarian than the prior parents’ generation. It’s comparatively very easy for kids today to get a “yes” (in some way or another) than to get a no or a punishment.

Parents today are loaded with stresses of the daily life. Which gives lesser time for them to really sit down with their children and address every situation that comes up with their kids. Whereas kids feel powerless, alone, and obligatory to turn things in their favor against all the expectations and rules which then leads to misbehavior.

How To Control Misbehavior In Children?

An important step before moving towards controlling the misbehavior and teaching respect is figuring out what might be causing it. There are so many reasons that may play a part in pushing your child towards disrespectful behavior.

If your child has suddenly started to roll their eyes, talk back, argue on every little thing, and take control then it’s probably just a phase of adolescence. When the child begins to separate from you, they would try to become their own person and do things as they seem fit. But this doesn’t mean that being disrespectful is acceptable.

Therefore, your job as a parent of an adolescent would be to guide your child to be respectful along the way.

But if your child is disrespectful most of the time then that’s a major problem at hand. A serious change needs to take place to pull your child back to the basics of respect. Because you cannot force your child to respect. It has to come from within. And it would take more than efforts to teach your child how to respect and manage their actions in a respectful way.

As a parent, you have to understand and accept first that it is inevitable to keep your child happy all the time. Because there will be days when you have to enforce limits that your child wouldn’t like or be angry at. And that’s okay – and this doesn’t make a bad parent.

How To Teach Respect?

If your child is rolling their eyes and say, “Uh, mom whatever” or ignoring what you are asking them to do, then your child falls under the mild spectrum of disrespect. On the other hand, if your child indulges in name-calling, insults, or physical aggression then such behavior falls under the serious spectrum.

No matter where your child falls in the spectrum. It is important to act right and address the situation before it gets out of control. And let me tell you beforehand, you will be tempted to just ignore and move on because you already have so much to do. Or brush it off by saying “kids will be kids” and your child will learn with time. Well, honey, that’s never going to happen.

Understand that misbehavior is an effect of underlying serious causes like anger management, anxiety, frustration, and failure.

You set all the life examples for your child daily. I know you have enough stresses in life to take care of but as a parent, you can use such situations as an opportunity to teach your kid how to act rights.

Believe it or not, your kids are watching you consciously and unconsciously all the time to learn how to survive. If you yell, insult, bad-mouth others in front of your kids, don’t be surprised when your kid picks up the same behavior a couple of days later.

Respect is a two-way street. You cannot expect your child to understand and respect you if you cannot do the same. Like I mentioned above, life is hard and it will be that way. But your child is 100 percent your responsibility.

To teach your child to respect you have to take the first step by respecting them. Whenever your child disrespects, stay calm and try to understand the situation rather than losing it all. There is always a reason behind certain behavior.

Being a parent is as personal and it can get. But when it comes to training your kids to be better humans, things may get nasty as they grow up. To be an efficient and smart parent you have to separate your kid from misbehavior.

Disrespectful kids usually use the misbehavior to hurt you back for hurting them as an instinct. For example; you say no to buying any more toys from the shop. Your child will first get persistent with the request and then will soon resort to disrespectful behavior to punish you for not listening to them. And your child might tell you that you are a bad parent.

For most parents, that statement is very upsetting. But understand that they don’t know how to react in anger. Rather than getting angry at your kid, maintain eye contact and talk to them and validate their emotions.

Tell them that it’s okay to feel angry but it’s not okay to use hurtful words for people. Because hurting others is not going to soothe their anger or solve their problems.

Addressing the disrespectful behavior in a firm but gentle way is the right route to choose. Because your child is learning first-hand how to respond to tough situations from you. Your job as a parent who is trying to teach their kid respect is to practice what you preach.

Children can very easily trigger you “if and when they want”. Because children like to believe that they are well ahead of their parents. If your child has successfully pulled you into an argument then this disrespectful behavior will continue until you stop getting caught up in your child’s words.

You have to take control into your hands and plan. Set limits, give consequences, and teach your kid how to accept and process their emotions in the right direction. Once they learn how to regulate their emotions without hurting others, then they can begin to respect and understand the world around them.

5. Use effective punishments as consequences

To teach your kid how to respect, you have to come up with an immediate consequence whenever your child misbehaves or disrespects. See, ignoring the situation or thinking about catering to it later isn’t going to be a solid solution.

You have to child know then and there that what’s acceptable and what’s not. Before you plan on designing the consequences, understand that there is no one size fits all measure. And you don’t have to dish out punishments. You have to take your child’s age and seriousness of the misbehavior to come up with an effective consequence.

Moreover, there are also ways to avoid punishments altogether and correct the “misbehaviors” with the right type of attention and skills. Sometimes, all your child need is a piece of effective advice and reassurance that you still trust and love them.

6. Apologize when you screw up

Being a parent is not about a power struggle. It’s about building the next generation strong enough so that they can carry the responsibility of creating a happier and healthier future for themselves and the upcoming generations.

You don’t have to act like your rule and can never make mistakes. Of course, you will make plenty of mistakes on your parenthood journey. And it’s okay to make mistakes as long as you try to work on yourself and do not repeat the same errors.

However, when you make a mistake rather than behaving God-like, try to rectify your mistake in front of your children because you are a life-sized example for your kids. Admitting your mistake and trying to work on it is like teaching your kids how to they are supposed to react when life gets going.

Treating children in a harsh and insulting way is never going to teach them to respect. Rather they will lose respect for you over time. You can think of it as a mean boss who only insults and disrespects you. Even if you try to respect them, you can’t.

Teaching respect is anyway an ongoing journey. And as you already might have experienced, parenting is a path full of thorns and roses. Making mistakes is inevitable. As a parent, you have to stand tall and teach your children the ways of life in the best way possible. No matter how difficult your kids get.