Emotional intelligence is one of the core factors that extend the information about how the genders perceive emotions in general differently. Several kinds of research have tried to find out exactly what makes men and women so different, emotionally. Essentially, we all are the same at heart. Then why men and women have such different approaches towards love, emotions, and relationships.

Emotional intelligence is one of the core factors that extend the information about how the genders perceive emotions in general differently. Several kinds of research have tried to find out exactly what makes men and women so different, emotionally. Essentially, we all are the same at heart. Then why men and women have such different approaches towards love, emotions, and relationships. 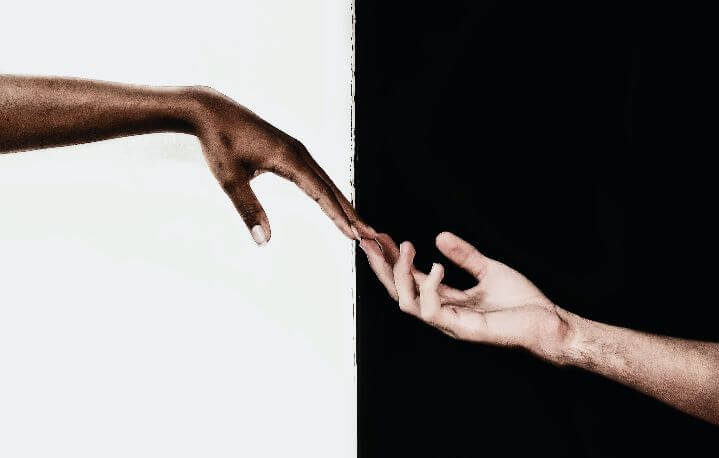 The reality lies at the ground level – Upbringing. Since the earliest of times, men are raised as robots who shouldn’t have any emotions, and women are raised as fragile and vulnerable creatures who have no control over their emotions.

These differences are buried so deep in us that now it has become a part of gender DNA and brain wiring. Recent neuroimaging research shows that women use more area of their brain which processes emotions as compared to men.

Here is the code to understand men versus women:

Attachment and commitment have become a scarcity recently. People have infiltrated a fear for the combo. And this isn’t gender-specific.

Research has shown that most men are more likely to develop an avoidant attachment style. This means that men need a lot of space and they begin to feel suffocated in a relationship after some time.

It is not to say that men cannot commit to a relationship. The way men are raised to protect their masculinity says a lot about their behavior. Since adolescence, men are trained to not talk about their emotions, to not cry, to not engage with their feelings, and always look strong.

Intentionally or unintentionally, men may get hesitant and have commitment issues because it requires vulnerability.

However, the man will commit when he knows that he has a real and deep connection with a woman. A connection that is pure, unique, and special.

For a woman, it is difficult to track the commitment issue. But in reality, women are also afraid of commitment and attachment to the wrong person.

Women are usually scared of three things when it comes to commitment:

You can tell if a woman has commitment issues because she will avoid long-term connections. She will also try to sabotage or weaken the relationship by herself. Plus, she will always have an exit plan just in case things don’t work out.

Whether it’s masculinity or femineity, each person brings their personality in the relationship to balance it. Where we can see that men usually are not very open about their emotions. Whereas, women are “known” to be emotional.

Men don’t show their emotions openly because they have been told again and again by society to not show feelings as it might make them look vulnerable. However, this does not mean that they do not have emotions.

While there are exceptions, but only a few men will really talk about their feelings. They like to process their feelings inwardly. If you really want to know more about his feelings then you will have to work hard and break the barrier. Communication will be key here.

The most important thing is to be a good and non-judgemental listener.  If your man thinks that you will not judge him against his masculinity then he will express his emotions to you.

By the way, most of the time men don’t even know exactly what they are feeling. So be calm!

Women use more areas of the brain that processes feeling and emotions. Hence women demonstrate emotions. While expressing their feelings, women are very open with feelings, facial expressions, body language, and eye contact.

Most women can talk about their feelings very freely. And they know exactly what they are addressing, Women also like to figure out what they are supposed to do about it while talking. Society also accepts a woman talking about her feelings.

Whether you call it stereotype or nurture’s role, the way men and women react is very different. A study found out that women activate nine areas of their brain when they are processing an emotion. Whereas just two areas showed higher activity in men’s brains.

Men have become the champions in deciphering their real and raw reactions into the “manly ones”. And it’s not just about adulthood, men are like men since childhood. Research showed that men are faster in coming up with a response as compared to women. The high level of testosterone in men also increases the ‘fight-or-flight’ response time.

Men are also great at hiding their raw reactions and coating them as nothing, anger, or pride. Because it’s easier for them to react “manly” which is also socially accepted.

But have you noticed that men show their true emotions when they are at a safe place like a sports event???

It is extremely common to see men having the rawest reactions when they are enjoying a sports game either at home or the location itself. They would hug each other, jump around, shout, hoot, high-five, and whatnot.

But when you put the same men in another context, you will not see them showing their truest reactions with the same level of comfort and openness.

Women, on the other hand, require extra time to come up with an appropriate reaction. Because the two brain hemispheres are very well connected when a woman is coming up with a response. This also gives the women the ability to do many tasks at once.

The research also shows that most women are more likely to contain harsh emotions and only showcase positive and nurturing reactions.

Most women would argue as a response to stress. Women will not engage in a direct ‘fight-or-flight’ response like men. They would rather do a ‘tend-and-befriend’ response. By doing so, women would understand the situation first, and then they would try to protect their loved ones first.

Men and women, both depend on having a circle of friends. But for men, the family is more important. Whereas women need a good pack of friends to keep up with their mental wellbeing.

Men tend to relate partnership status with good wellbeing. Hence, men prefer family over friends. When it comes to being friends, men’s friendships are more instrumental and transactional than emotional. Their friendship is based on the shared activities they can do together with their friends.

Like almost everything, women invest their emotions in the friendship. Also, women find the same gender social interactions as more rewarding than the opposite.

The biggest part of being social lies in the fact that women are much better at communicating than men. When it comes to maintaining a social life, women build friendships based on mutual support. They especially seek friends when they are going through a weak and vulnerable phase.

Women value their friendship in terms of listening and communication capabilities. That is why you will see women talk to each other all the time. It also acts as a stress reliever for them.

All the traits above help in designing the personality traits of an individual. Men and women share very different personality traits. Although the human species has evolved a lot, especially in the last 50 years. Gender roles are no longer followed like a holy rule. Men and women, both try to work their best to bring the relationship forward.

With that being said, few things remain gender-specific even today, in most cases.

By nature and socio-cultural pressure, men have evolved as assertive, risk-taking, and aggressive. These three things basically define men in the most compact form.

Additionally, a man is less likely to engage with you emotionally until and unless he is 100 percent sure that you will protect and respect his emotional quota. You also have to understand that a man’s brain is just chilling most of the time. Don’t compare your brain, emotions, processes, and reactions to his!!!

The socio-cultural differences and nature have also evolved women as nurturing, humane, and tender-minded. They invest their emotions whole-heartedly into everything they get passionate about.

Moreover, they love to talk and connect everything in their brain. Women are also great with memory and reading body language. But guys, you need to show some amount of emotions and vulnerability to prove a real bond. Most girls would love that and will appreciate it.

By now we have established that men and women are different. But if you look closely, they are not poles-apart. They both require love, respect, and other essentials of a good relationship.

If you are really trying to understand the other gender and your relationship, then you have to take in the information you can get and then see what applies rather than generalizing it.

Because there are a million pieces of information, and not everything will apply to your significant other. Understanding the other gender is not a mystery. All you have to do is ask. That’s how you will develop a closer bond with your loved one.

Remember that every person is unique in their own way.