A question that most couples go through at least once in the span of their relationship. People often find loopholes just to make sense of their actions in their relationships. But, a very clear and short answer is; If you feel you are doing something wrong and it might hurt your relation then that is obviously something you shouldn’t be doing. Name it or not, but it is considered as cheating in a relationship.

A question that most couples go through at least once in the span of their relationship. People often find loopholes just to make sense of their actions in their relationships. But, a very clear and short answer is; If you feel you are doing something wrong and it might hurt your relation then that is obviously something you shouldn’t be doing. Name it or not, but it is considered as cheating in a relationship.

Today, there are so many different kinds of couple dynamics. Even so that “open relationships” are on a rise. Given that, the territory of cheating is still very gloomy because there is no certain definition of what categorizes as cheating and what does not.

To further simplify, cheating is being emotionally, physically, or sexually unfaithful to your partner with whom you are in a close relationship. Especially when you have a monogamous relationship, the rules of cheating become clearer and stricter.

The best thing to avoid cheating circumstances in the first place is to communicate. It is important to understand the flow of your relationship and discuss your expectations openly with your partner. Setting a boundary and being crystal clear of what a deal-breaker is in your relationship will communicate where your expectations lie and the consequences of cheating will be.

What Is Considered As Cheating?

The truth is that there is no clear line that differentiates between cheating and harmless fun. A relationship is completely tailored according to the partners involved in it. The decisions are most mutual. As long as you are on the same page with your partner, I guess that would be fine.

Another thing that often gets mixed up with cheating is attraction. You may feel attracted to someone and most of the time it’s fine as long as you don’t act upon it.

Remember that while attraction is not a choice, cheating is definitely a choice. An affair doesn’t just magically happen, only you can make a choice to follow or not to go down this slippery slope. So, if you get trapped in the world of an affair, it will 100 percent be your choice.

There are a few types of cheating that most couples wouldn’t accept. However, some couples might be completely okay with these behaviors. Like I said earlier, how your relationship functions completely depend on you, and what is considered cheating in a relationship also depends on how you lay the rules.

Emotional connection to someone other than your partner is also considered cheating in a relationship. The emotional affairs are also valid if you have no physical involvement indicating that you love/like each other for example, holding hands, kisses, or cuddling.

Emotional affairs are more like an act of deeper communication and knowing that you are invested in the “other person” on an intimate level. An emotional connection with the person outside your relationship will push your relationship to a side.

An online or cyber affair is not considered cheating by most people. Because they consider something as cheating when it involves any sort of physical activity. However, an online affair is perhaps very similar to an emotional affair.

Unlike traditional affairs, an online affair may seem less serious but it holds the same grounds as any other cheating affairs and things can go south pretty quickly. Although there are no dates, physicality, or late-night talks involved, still it can challenge a relationship to a great extent.

Online affairs are getting very common these days. Given the fact that they are so easy to fall into and even easier to find, people find themselves stuck in an online affair just to ignore the failures of their current relationships.

While some online relationships can be harmless. So exactly how can you tell if you are cheating via an online affair? Try answering these questions:

If your answer is yes to any or all of the four questions then you should consider this as cheating.

A traditional kind of affair that is considered as cheating without a doubt is sleeping with another person. While it is the ultimate breach of trust and probably the last nail in your relationship, but what about other physical contacts that you or your partner may have indulged in.

Things like touching inappropriately, groping, intimate hugging, or trying to make sexual physical contact, etc. are all a part of a physical affair. Usually, such type of affairs can be described as the desire to connect with someone to satisfy their sexual needs.

4.  Crossing the line with strangers

An emotional infidelity is definitely a serious act of invisible cheating. It isn’t uncommon for spouses to flirt with strangers even when their partner is right in front of them. Be it in a restaurant with a waitress, or in a park with a fellow jogger.

Try to think of it as you are in a restaurant and some guy compliments you and makes you feel like you have been missing out on this feeling in your relationship. Right, there is something you should be careful about because it can make your relationship take a shit fall.

Another perspective to the same story is the guy who is flirting is already in a relationship. By flirting with a woman, he is indulging in the emotional affair because he is trying to fill a void in his current relationship by complimenting a lady knowing that his partner would not approve of such actions.

I am sure you might have not even thought about lying about your finances as a form of cheating. Well, according to a recent poll, it was found out that more than 60 percent of men and women think of financial infidelity as close to physical infidelity.

Now you may ask what is financial infidelity anyway?

If you are lying about your financial standings or expenses, you are putting the trust on the test. Especially when the couple share finances and one lie about debts while other remains unaware is the utmost example of financial infidelity.

The actions of one affect the other and may even lead to serious trust issues, dishonesty, and destructive conversations. Because when one person takes it on themselves to decide for both of themselves regarding the finances, it endangers the financial future of the relationship and disregards the importance of trust and communication in the relationship.

Everything in our culture is considered at face value. People tend to focus on the physical features of a person rather than getting to know them first before starting to fantasize about them.

Have you considered that every nightmare is actually the reflection of reality? Fantasy affairs do not require an actual involvement with a third party. It’s mostly a one-sided affair that can take away the warmth of your relationship. Because you are already thinking about or rather fantasizing about another person.

It can be called a human superpower that you can get so involved with somebody in your fantasy that it may begin to even seem real for once. You may even daydream about them and make things even worse with your original relationship.

This third person can be a celebrity, a friend, or even a stranger you saw somewhere. If you are consistently thinking about or dreaming about this person then this will definitely lead to some other form of cheating. Because you are creating emotions that have no place to go to, and emotions are like energy. They need a way to release.

The only way to contain yourself from cheating any further is to come clean to your partner and let them know about your fantasies. Enjoy all the fun you think of in your dreams with your partner.

Is Micro-Cheating Really Considered As Cheating In A Relationship

While micro-cheating may not be as bad but it still is a slippery slope. Micro-cheating refers to a set of actions that usually includes flirting with a fine line between being faithful and unfaithful. People who are micro-cheats are more prone to serious affairs like we discussed above.

Bottom line is that if you are feeling that your actions will make your partner sad or uncomfortable then you are most likely getting into micro-cheating. You may not even realize but your actions are already making your partner suspect your changing behavior and as long as you try to hide it from your partner, the anxiety is only going to shoot up until either of you explode.

Signs of cheating are very obvious most of the time. You can always feel that there’s something wrong. All that matters is how much you can act upon your gut feeling keeping your feelings of love aside. 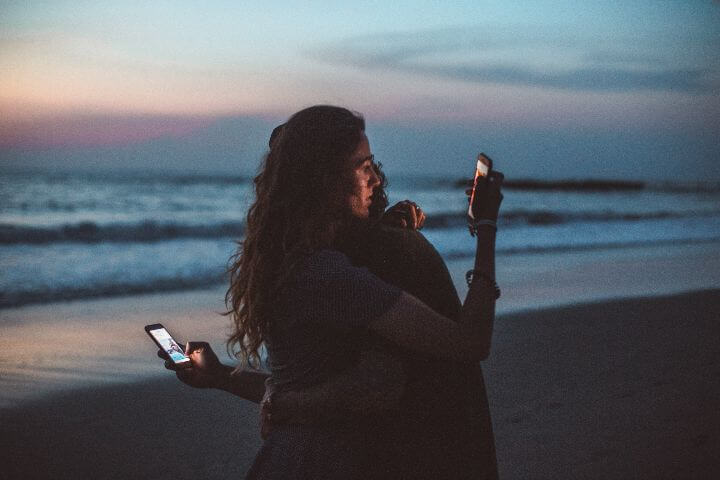 But remember that these signs do not show any proof of infidelity. However, they can pinpoint that you are being cheated on.

People cheat to fill the void in their current relationship. Some surveys even show that most cheating occurs in long-distance relationships. Because the partner isn’t present physically it creates a bigger and stronger void that leads to usual or micro-cheating.

But this surely isn’t the excuse to cheat. Rather than cheating couples can always work together to make things right again. Also know that cheating isn’t the end of the world or the relationship. Did you know that almost 55 percent of people don’t even share their act of cheating with their partners?

So, you are not alone and neither is your partner. It all depends on how important your relationship is to you and the severity of the cheating. Sometimes couples move on from the act of infidelity and sometimes infidelity becomes the deal-breaker. Whatever it may be, decide what’s best for yourself and the relationship.

How Do Men And Women Perceive Cheating?

Men and women are different in so many ways. Because they have been raised very differently. Like most other situations the genders have a different response to cheating.

A survey by Victorian Milan about how the genders respond to cheating showed that:

Through the results of the survey, it is rather very clear that women care more about emotional connections and men care about physical attraction.

Feelings aren’t meant to be controlled. And sometimes, things happen. Your partner may not even realize that they are putting their relationship on the line by doing things that you might not approve of. The same is applicable for you too. Therefore think before you act outside of your relationship. Acts you may feel are fine may be considered as cheating in a relationship.

The best policy to avoid eroding your relationship is to communicate what you might be going through. Whether you are headed towards the slippery slope of cheating or you feel you are being cheated on. As long as you are coherent with your partner, you can always work your way through the challenges.

Besides, try to keep your relationship lively and happy. Nobody needs a soggy and boring relationship with no spark or excitement. Spend time with your partner and work on building a relationship that nurtures both of you in the best way possible.